An introduction to terminology in lawtech. May include a few useful definitions, but mostly focuses on the hype. (The definitive version is also available on github where we are accepting third-party contributions!)

Agile Formerly an approach to software development that emphasised early release of working software and regular iterative development based on user feedback. Considered especially useful where new areas were being explored and requirements were likely to change over the course of development. Now the term is so generic that its meaning is hard to discern, but usually used by people in BigLaw and large corporations to explain why this time it will be different.

Algorithm A process or set of rules used by a computer to solve a problem. Algorithms do not sound as exciting as “artificial intelligence” and are accordingly looked down on by those in the know.

App A program. The term normally refers to an application that is installed on a smartphone. Compare with an interactive website that is accessed through a browser on a laptop or smartphone (and would cost a tenth-as-much as an app to build).

Application Programming Interface A way to allow a system to be accessed by other systems (as opposed to by humans through the browser). Most LawTech products have an API, but these shouldn't be confused with what the rest of the world considers necessary such as being well documented or working.

Approval process A part of the contracting process where a contract that is ready to be signed (or a first draft) is approved by one or more individuals. This process can be automated, as in there is a workflow for handling the sequencing of different approval stages and approvals can be given online.

Artificial Intelligence A term for when a computer system does magic. “General” artificial intelligence refers to thinking computers, a concept that for the foreseeable future exists only in science fiction and lawtech talks. “Narrow” artificial intelligence refers to a limited capability (albeit one that may be very useful) such as classifying text or pictures, or expert systems. Discussions of AI that blur general and narrow AI are a good indication that you are dealing with bullshit.

Big data A formerly-important mainstay of lawtech conferences that fell out of fashion when it was realised that there were few examples of Google-scale data in law, unless a firm had abandoned its information governance program.

BigLaw A large law firm (typically more than 500 lawyers), that will almost certainly have a lawtech accelerator, making them an excellent source of free office space for early (and late) stage lawtech companies.

Bitcoin The first cryptocurrency that introduced, and is built on, the blockchain. Bitcoin’s biggest role in legal practice is lunchtime investing (aka gambling) by the junior lawyers in your team.

Blockchain A technology for creating and sharing between many parties an unchangeable ledger of historic transactions. Introduced initially as part of Bitcoin, it is now being touted as a technology to underpin a number of legal-related activities. Most, if not all, of these potential use cases would be better served by a database.

Chatbot A way of interacting with a program through a stream of messages, WhatsApp-style. Some systems allow you to answer in free-form text, others offer you buttons to select choices. Sometimes used as the front-end of expert systems and popular in the access-to-justice world and amongst innovation partners.

Client portal A website for use by clients of law firms, to give them secure access to documents and other information. Still highly likely to win innovation awards, if you are short of ideas and haven’t recently procured an AI system.

Computable Contract A contract that is represented by both human readable legal text as well as structured data and programs. Computable contracts aim to be enforceable in the same way as traditional contracts, but have the advantage of interacting with other systems (such as financial systems) to improve contract management. Compare with smart contracts.

Contract Lifecycle Management A term for systems that seek to cover all of the stages of the contracting process (from intake through to contract management). Used by marketing departments to differentiate their systems from others that specialise in one part of the process.

Contract Management System A system to help companies manage their contracts after signature. Typical systems will hold a copy of the contract as well as metadata about the contract (such as parties and renewal dates). Surprisingly often built in-house, despite there being hundreds in the market. Particularly popular with procurement teams.

Cryptocurrency A currency typically built on blockchain technology. Bitcoin was the first example, but there are now hundreds of wanna-be currencies, the most important of which is DogeCoin.

Dashboard A live summary, normally presented as a web page with charts, that allows a user to see the status of processes and other key data. Pretty much every system has a dashboard now, and they are a go-to way to make a service “shiny” (and sometimes even provide useful information).

Data room An online site for securely sharing documents between companies, typically as part of a due diligence exercise. Data rooms are no longer appropriate entries for innovation awards.

Database A technology for storing and accessing data. The most common databases (relational) act like multiple spreadsheets, with the columns representing fields and the rows representing each item. A new type of database called NoSQL (SQL being the classic language for accessing relational databases) is becoming popular and can handle unstructured data as well. Databases are old and therefore boring and so are not a suitable technology for new lawtech companies, if blockchain is an option.

Deep learning A type of machine learning algorithm used for classifying text, images etc that has become newly popular. The “deep” refers to the fact that it uses a multi-layered neural network, not to be confused with thinking deeply (or the neural network in an actual brain). Deep learning systems require huge amounts of training data, which is why they are only now making a major impact, although they tend to be rare in lawtech systems (see big data).

E-signatures A system for signing a contract online. At its simplest, an e-signature system will insert an image of a signature into the document and record the signing process. More sophisticated implementations (that are rarely used outside Germany) involve cryptography and physical devices to meet the higher standards required for qualified electronic signatures that have higher legal recognition in the EU.

Expert system A system for capturing knowledge. Often implemented as a series of questions which then gives the user an answer (and possibly also creates documents). This approach was one of the first examples of AI in law, but despite their age they are more common in lawtech conference speeches than in the wild.

Hash The output of a hashing algorithm, a hash is a short string of characters that represents the contents of a document. The contents of the document cannot be recreated from the hash and the algorithm is very sensitive to changes so a single character change will lead to a completely different hash. Hashes are useful for proving that a document hasn’t been changed.

Intake The first part of the contracting process (from the perspective of the legal department) when the business requests support from the legal team.

Key performance Indicator A measure used to track the status of a critical part of a process, that can be used to determine whether a supplier (no-one knowingly imposes a KPI on themselves) is delivering to the required standard. Also referred to as a service level in the context of contractual obligations.

Legal Tech Term used by suppliers of SharePoint resprays to law firms, who haven’t read the memo about “LawTech”.

Machine Learning A system where a computer is trained to do something based on example data (hence the “learning”). The term is often used alongside natural language processing in the context of lawtech. Machine learning can be supervised (where the training data is classified in advance by a human) or unsupervised (where the system infers information about the data from the data itself). Machine learning is a type of AI, but unlike the term “AI” marks the speaker out as knowing what they are talking about.

Matter trackers A system allowing a legal team to keep track of all the different projects that they are working on. Spreadsheets don’t count.

Metadata Data about other data. Often used in the context of data about documents (e.g., the document name and date as opposed to the contents). Metadata embedded in documents is an excellent way to leak confidential information.

Natural Language Processing A system that processes human language, such as classifying it or interpreting it. In the context of lawtech, it usually covers systems to categorise documents or parts of documents. The term is often used alongside machine learning. Natural language processing is a type of AI.

Negotiation platform A system to enable online negotiation of contracts, with comments and amendments being shared and agreed/rejected through the browser, rather than documents being emailed back and forth.

NewLaw The wearers of white hats. Compare with BigLaw.

Optical Character Recognition A technology to convert an image or a pdf from a scan of a document (e.g., a signed contract) into an editab1e and 5earchab1e~ formåt.

Playbook A way of documenting the rules to be followed in a contract negotiation, such as whether to accept or reject particular changes to a contract made by the other side.

Project management A formerly-fashionable discussion topic for improving legal processes, which involves figuring out where you are going and keeping track of where you have gotten to.

Search The old term for what many AI systems do.

SharePoint What IT departments actually give in-house teams after a lawyer got excited about the possibilities at a tech conference. Useful, however, for building a portal for the business so that information and documents are in one place.

Smart contract A program that typically is tied to a blockchain and “self executes” a transaction, e.g., it will automatically transfer cryptocurrency funds, change a registry or perform another act if certain conditions are satisfied. It is unclear whether a smart contract is a legally-recognised contract or what you are meant to do if someone makes a programming error. Compare with computable contracts.

Technology Assisted Review Applying technology such as machine learning or data visualisation to an e-discovery exercise (aka document review) undertaken in the context of litigation, arbitration or an investigation.

Triage The part of the intake process where the legal team/supplier determines the priority of the matter and who should work on it.

User-centric Obsolete To focus your lawtech product on actual user needs and usability.

Wiki A system for allowing teams to share knowledge, with users being able to edit and create pages. The most famous example of a wiki is Wikipedia. The adoption (or rejection) of wikis is an excellent acid-test for whether a group prioritises action or control.

Workflow A system for automatically tracking and directing the flow of a process. A point rarely discussed in polite company is that most lawtech products are a twist on workflow and databases.

There is no next article. 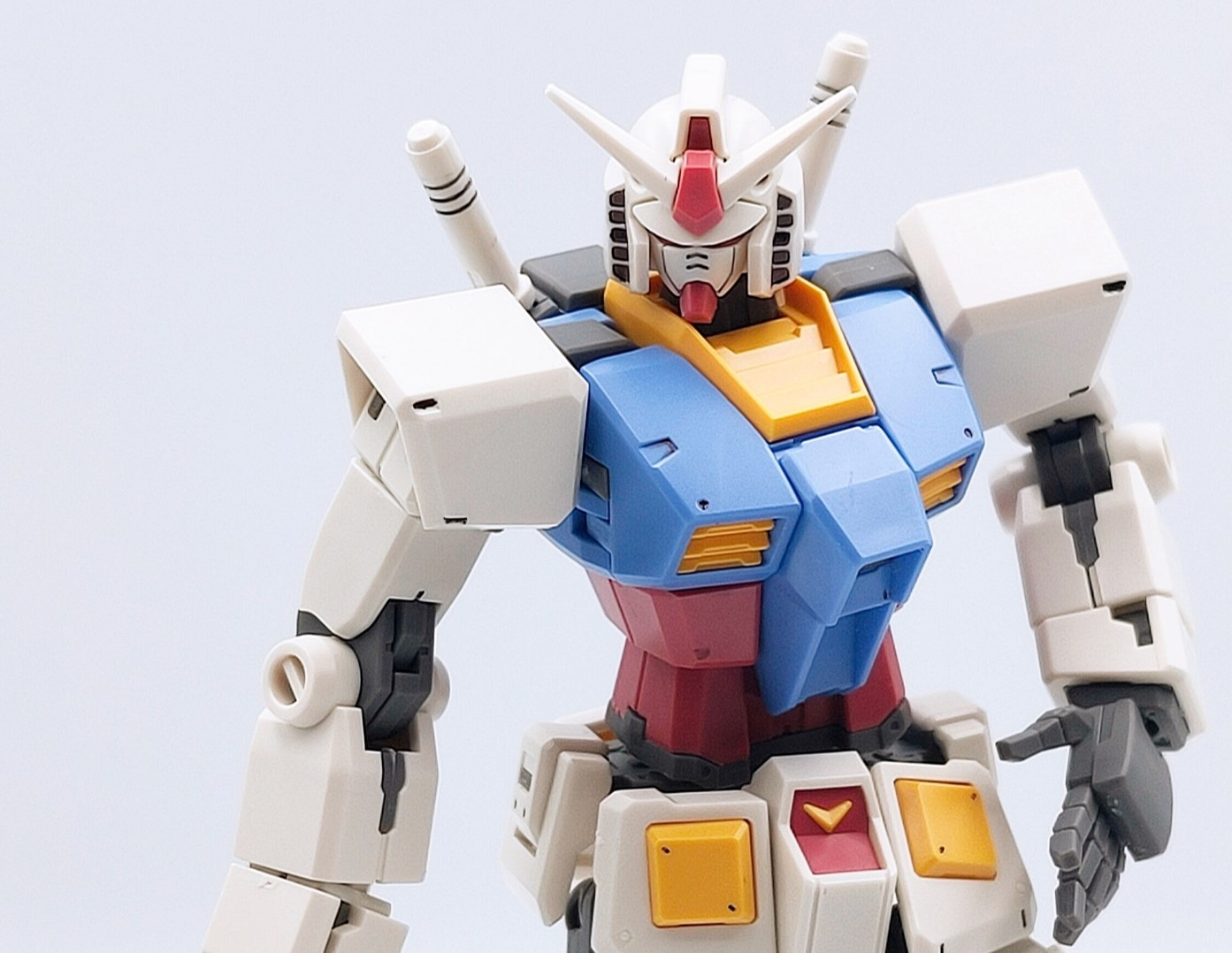 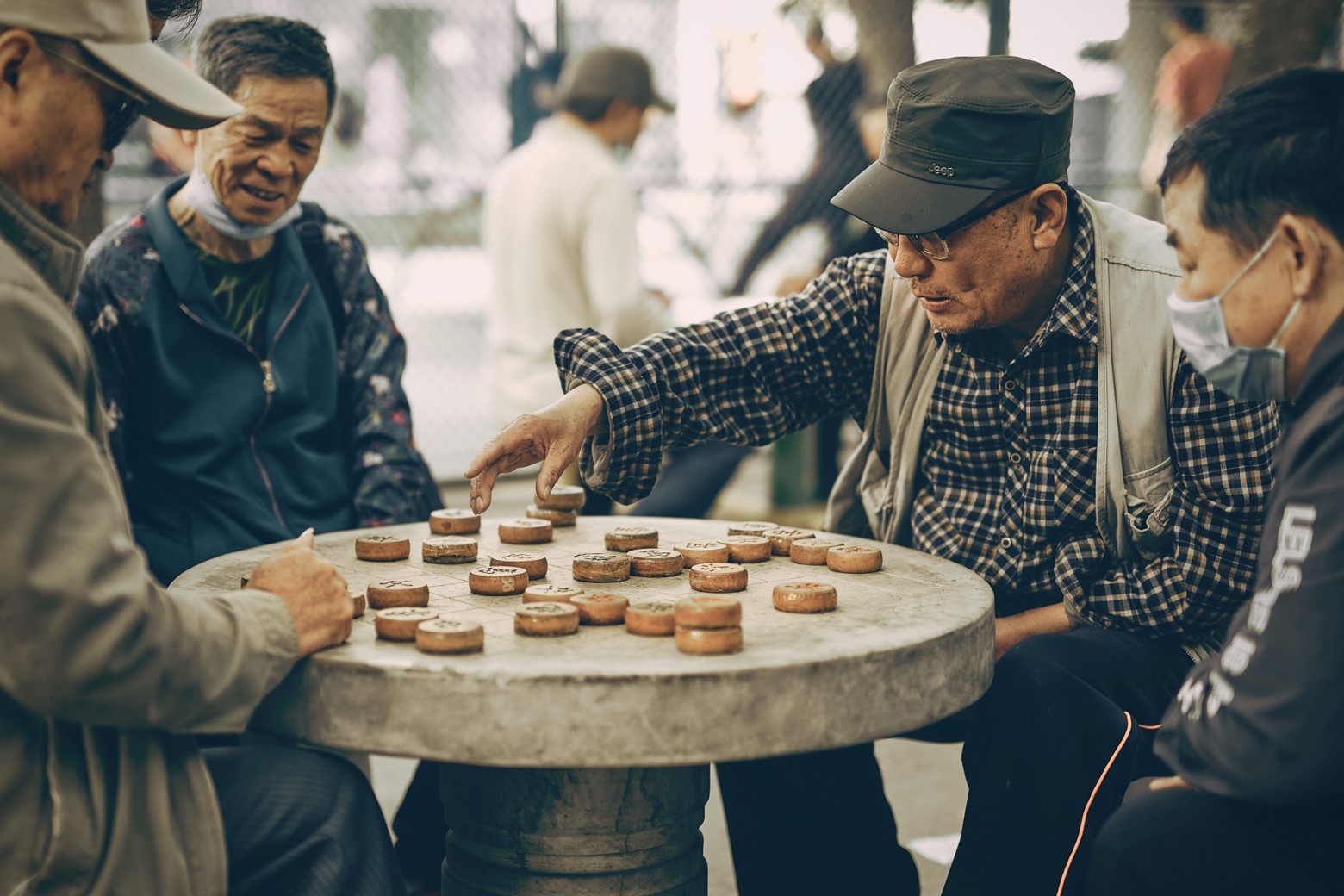 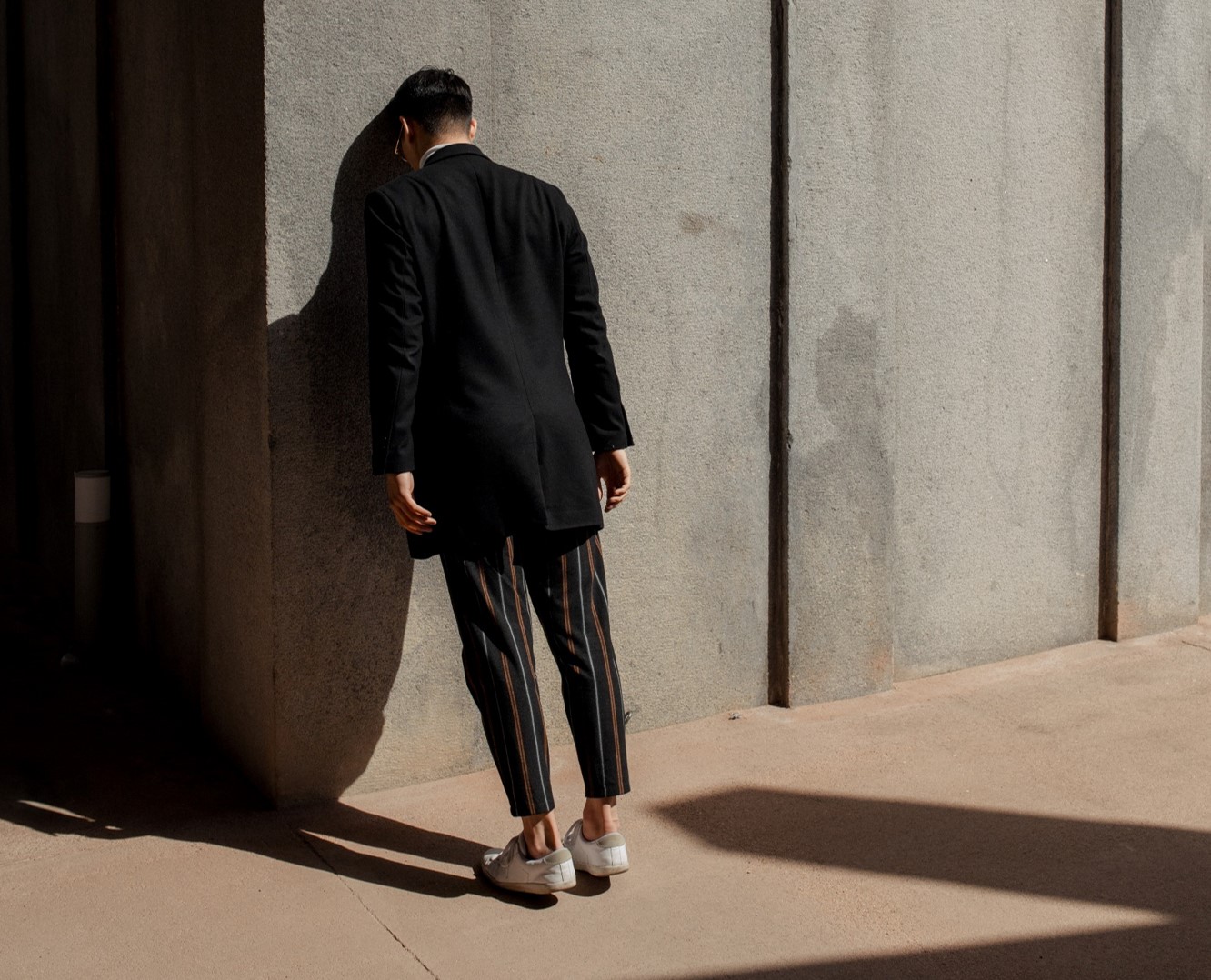 If you're contracting this way, please stop 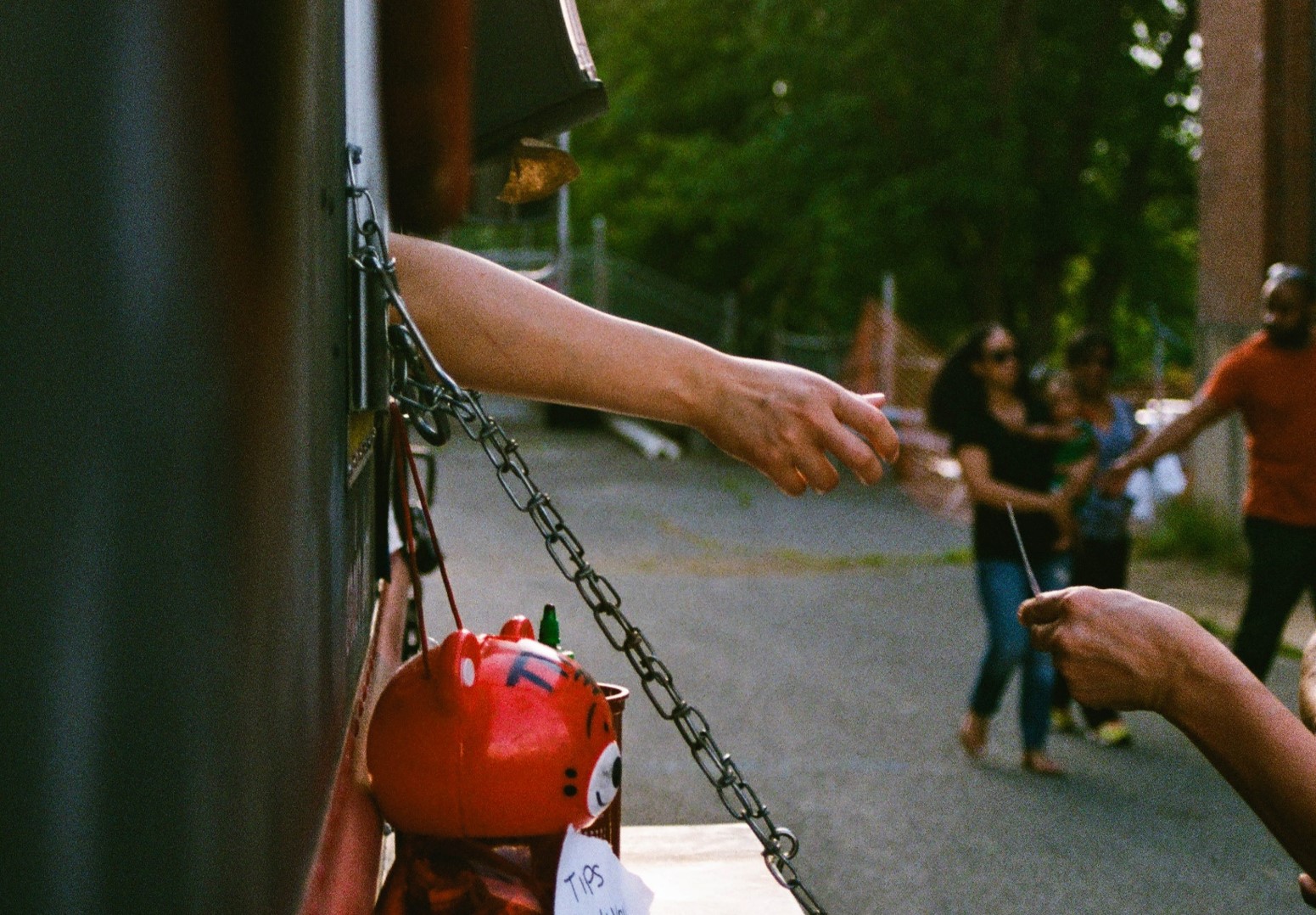 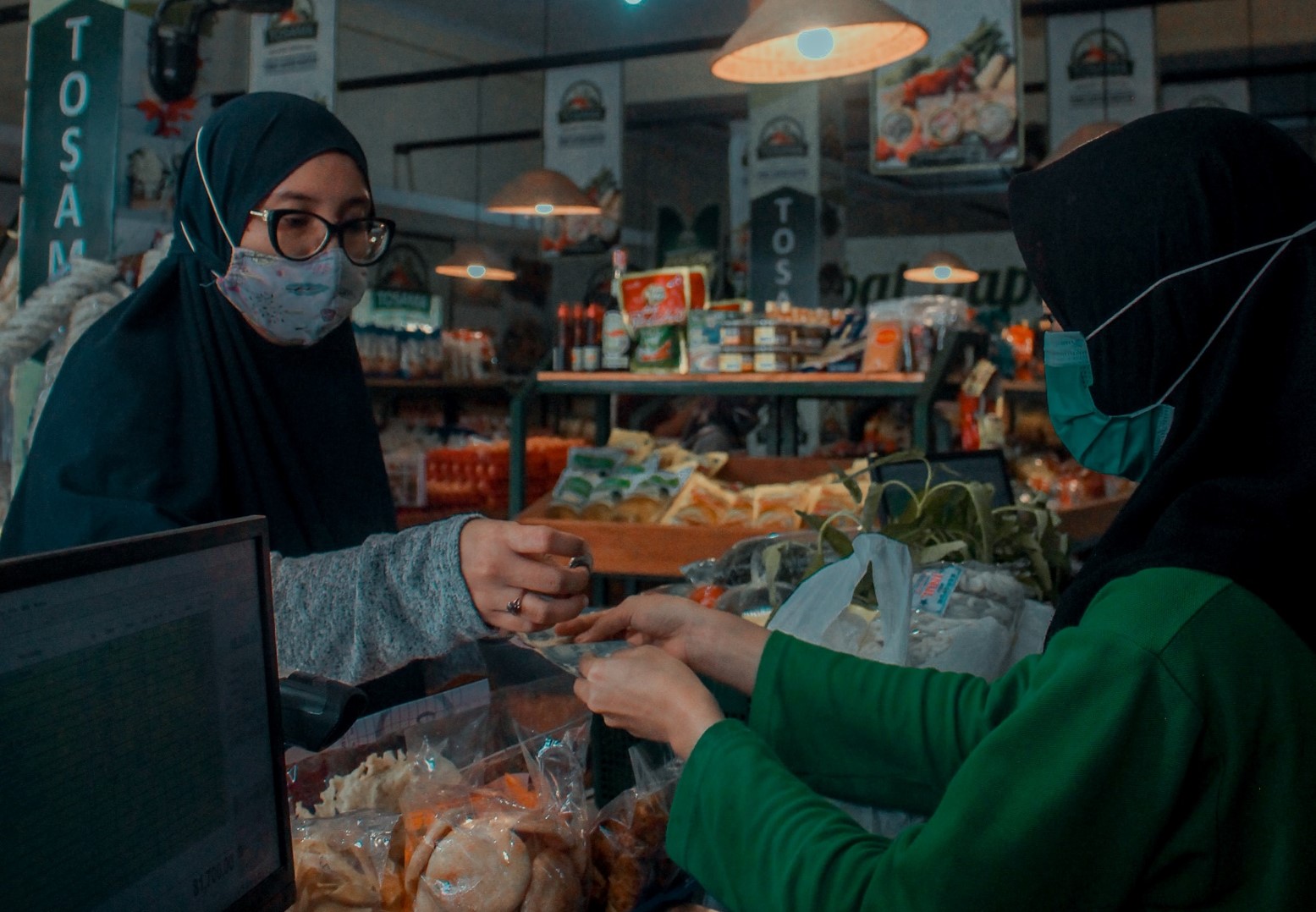 A framework for legal sourcing 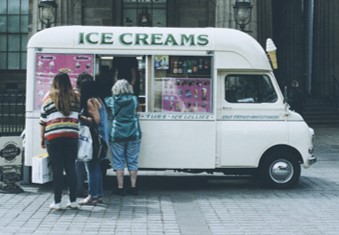 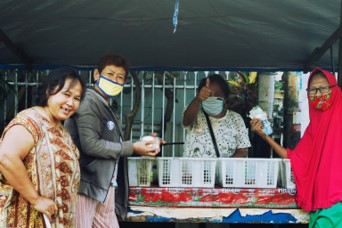 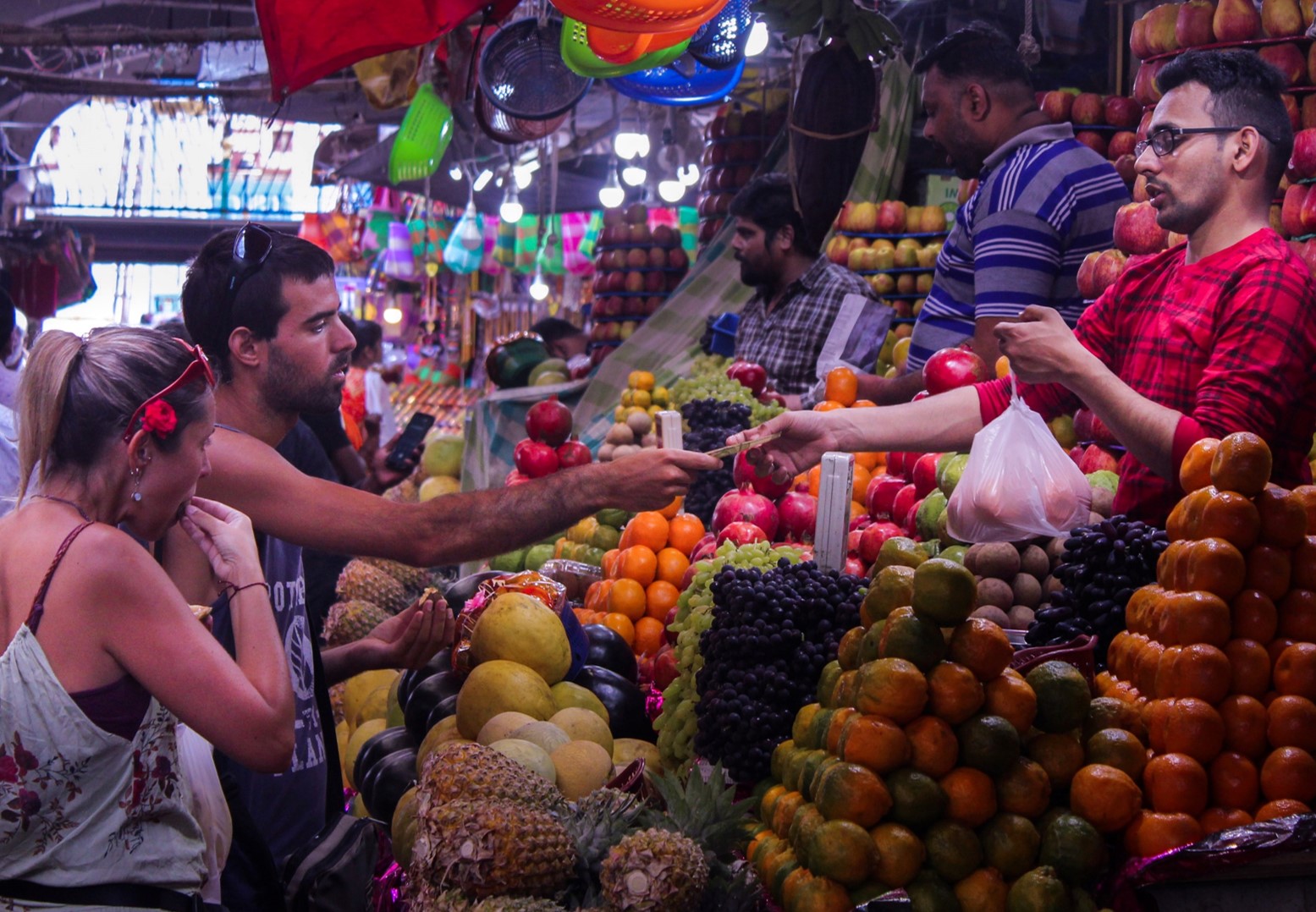 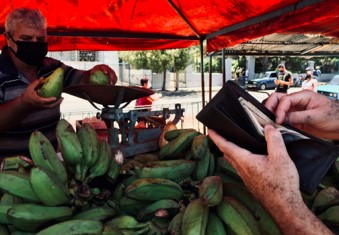 The cost of managing contracts 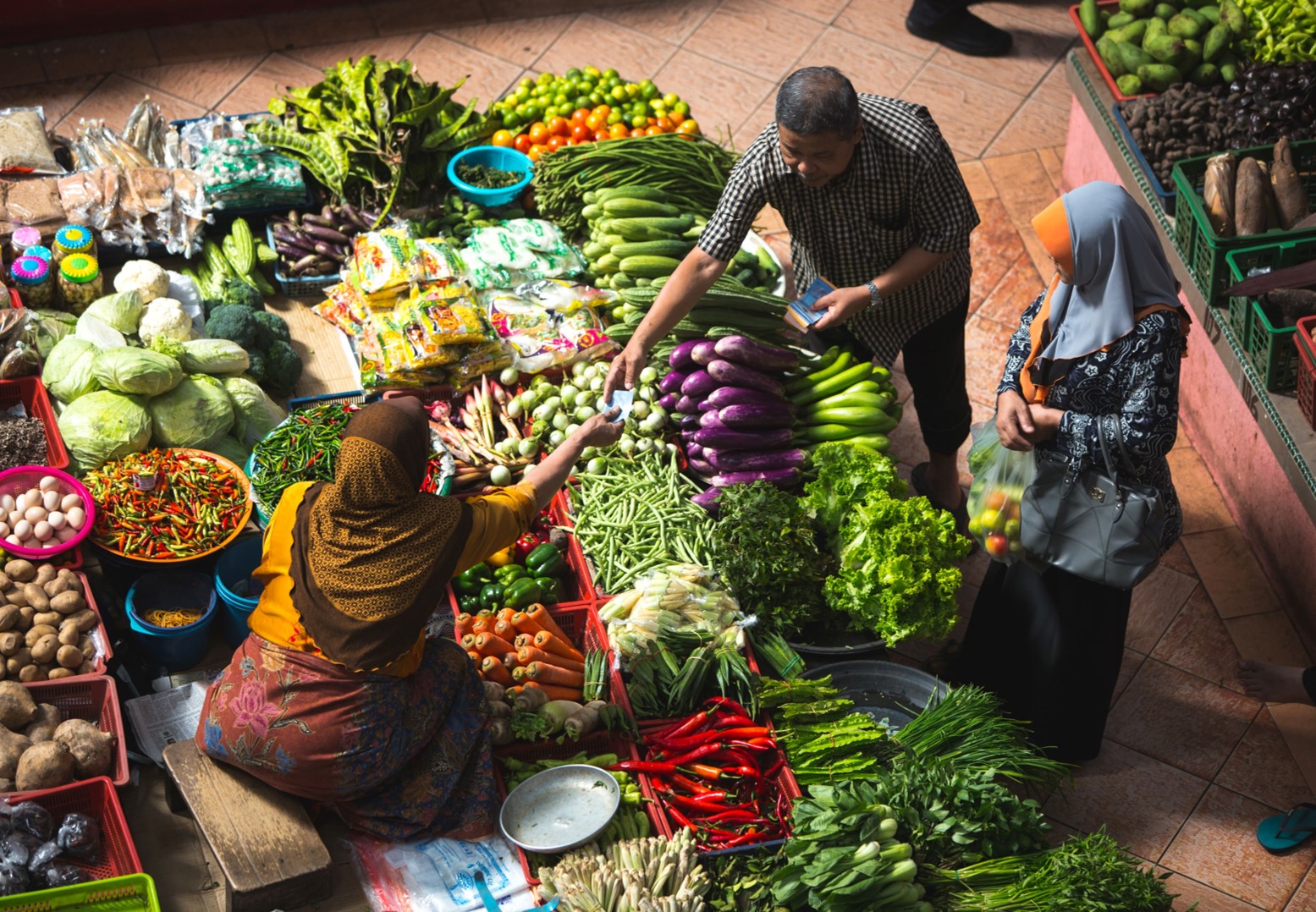 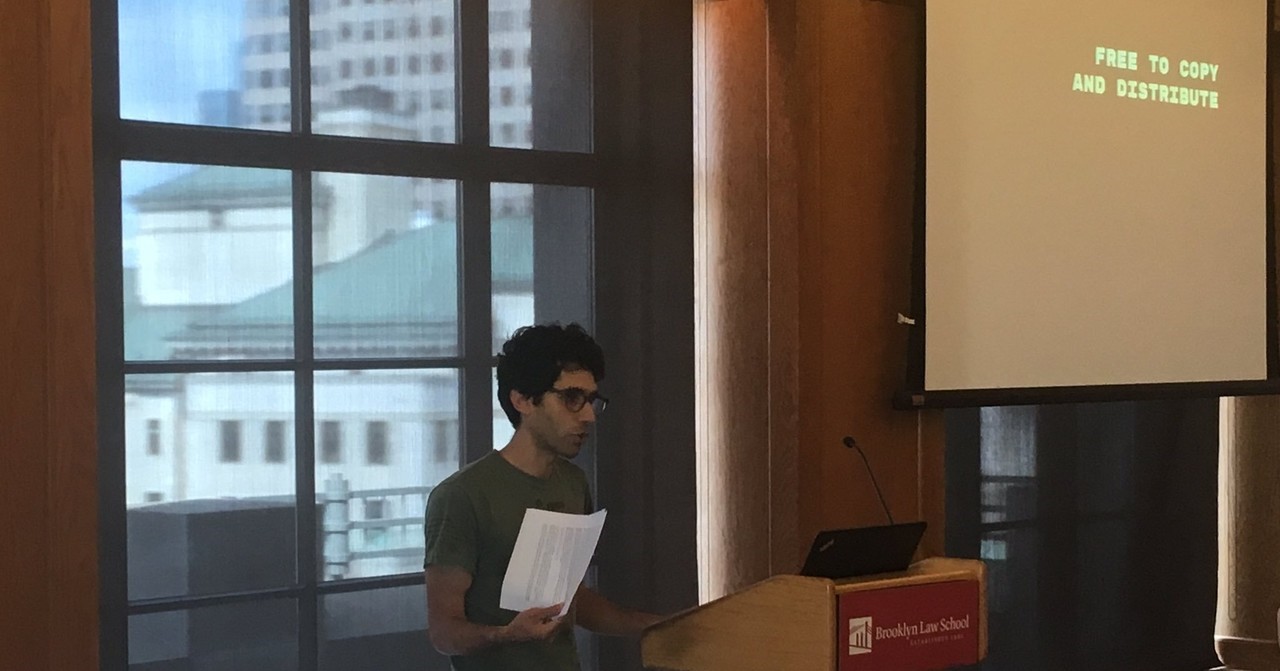 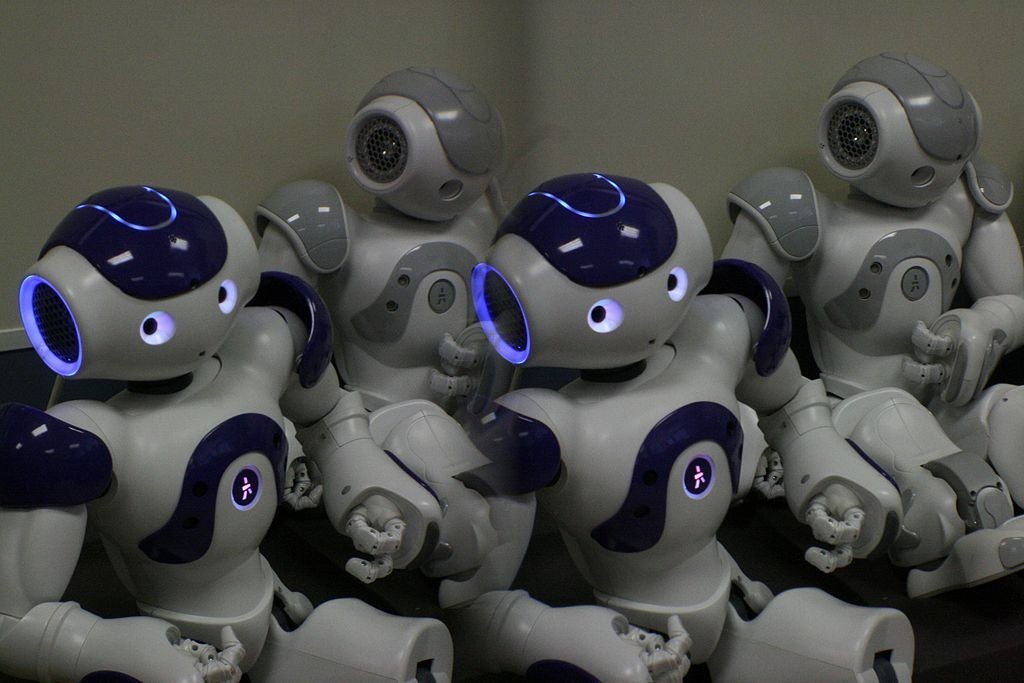 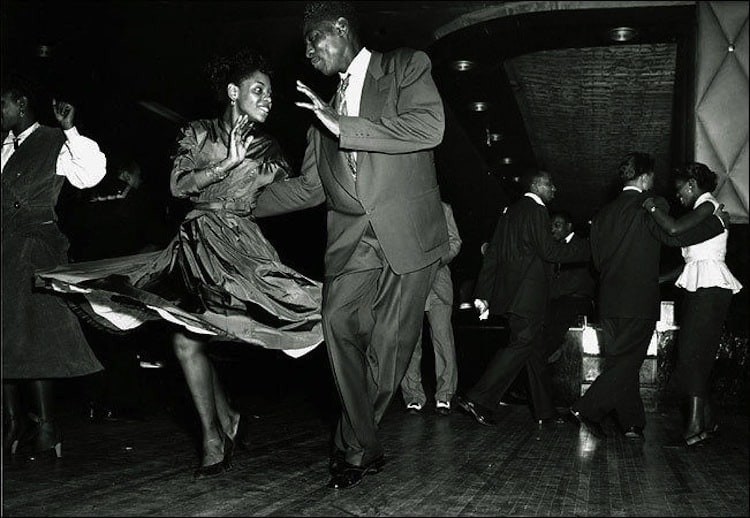 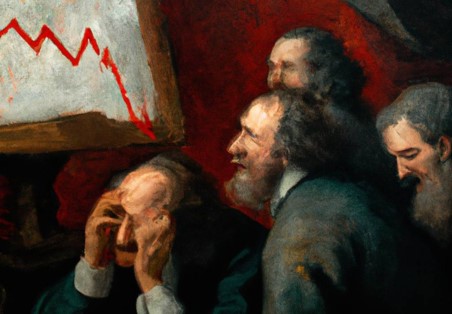 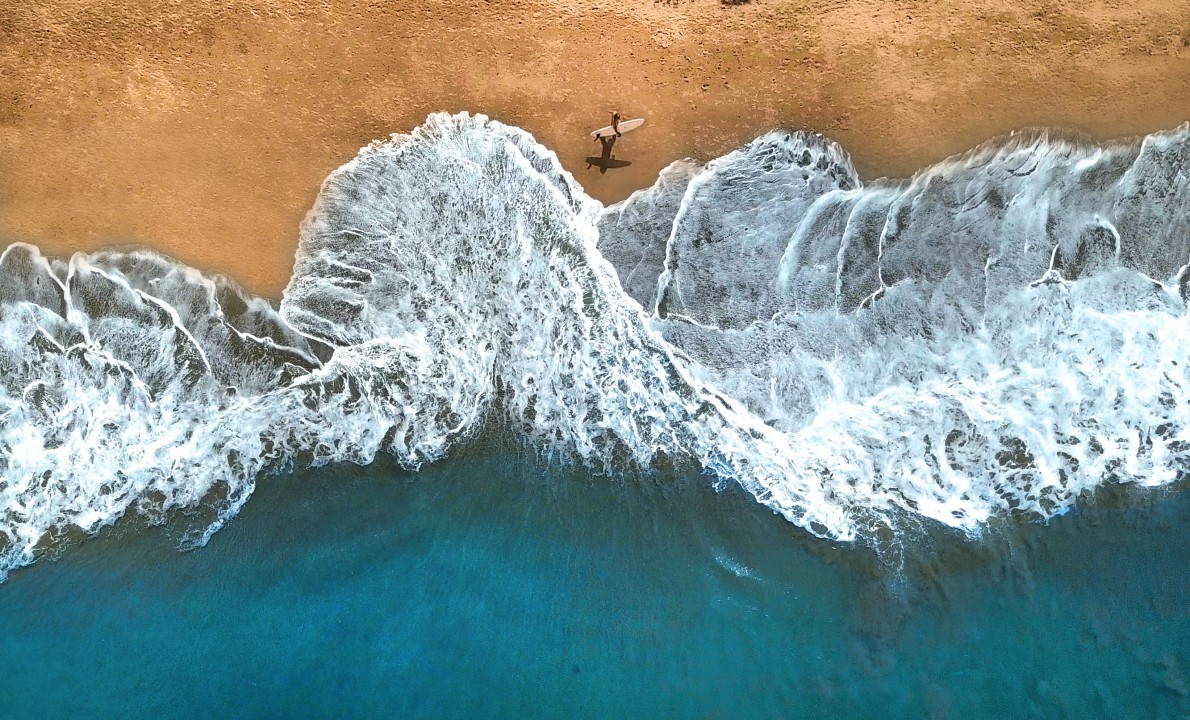 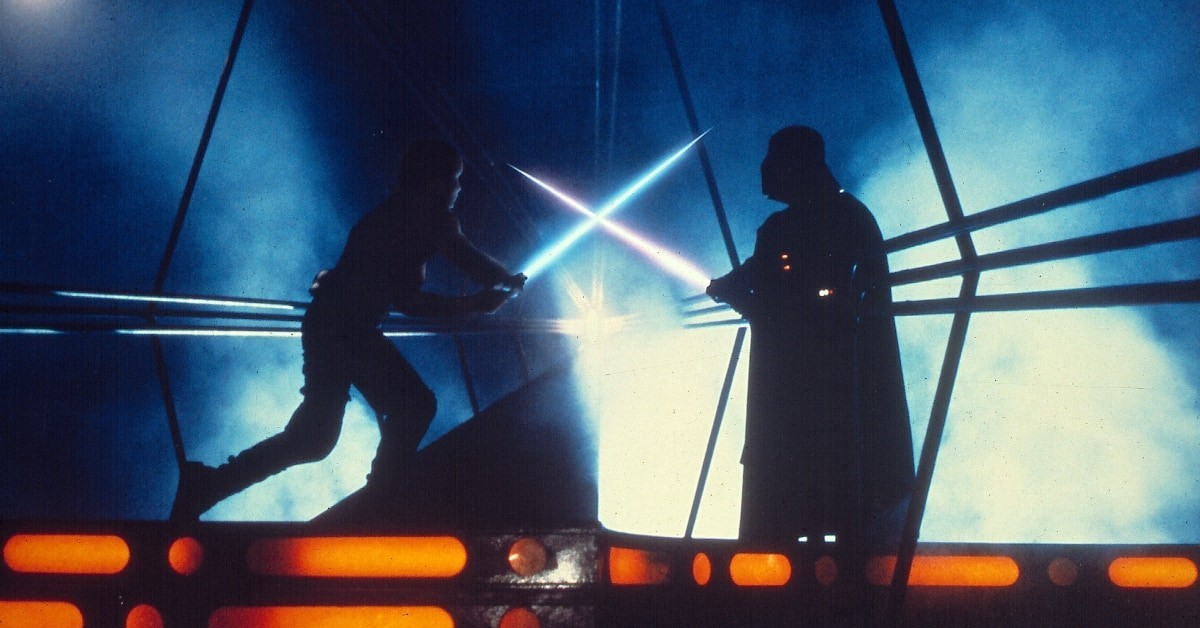 Improving Contracting
The system strikes back 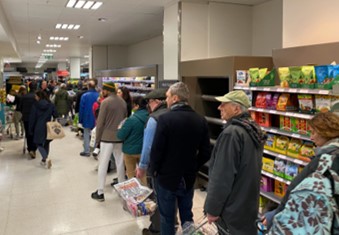 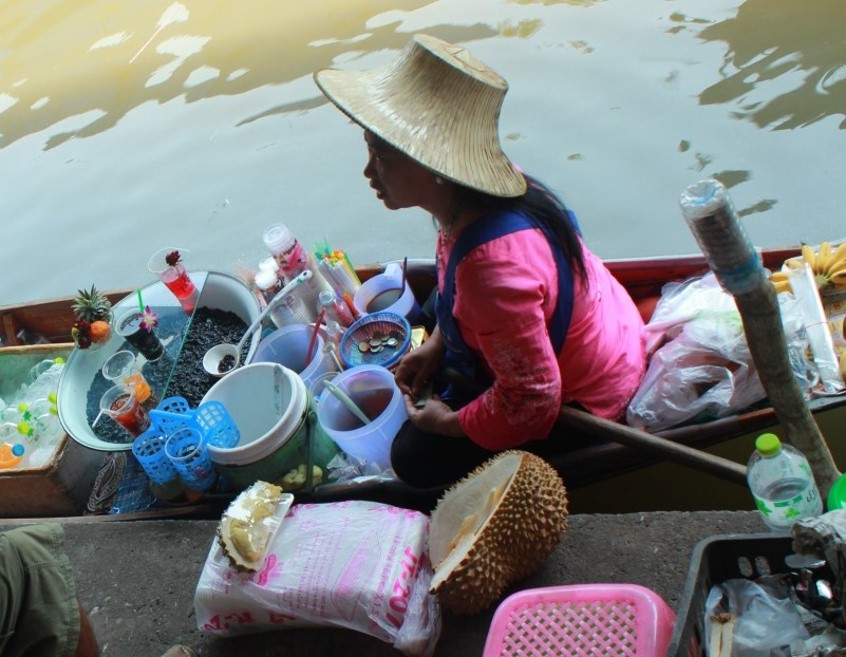 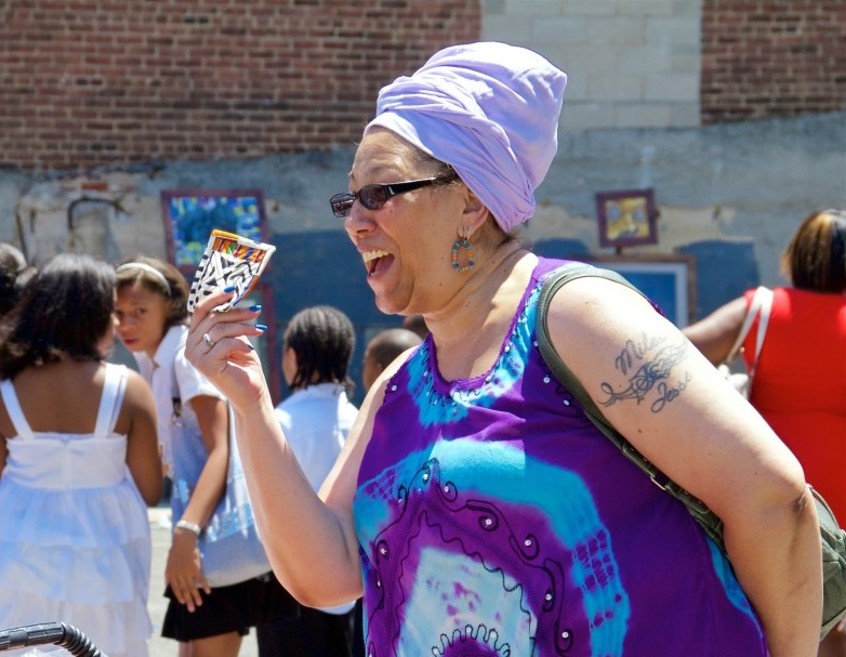 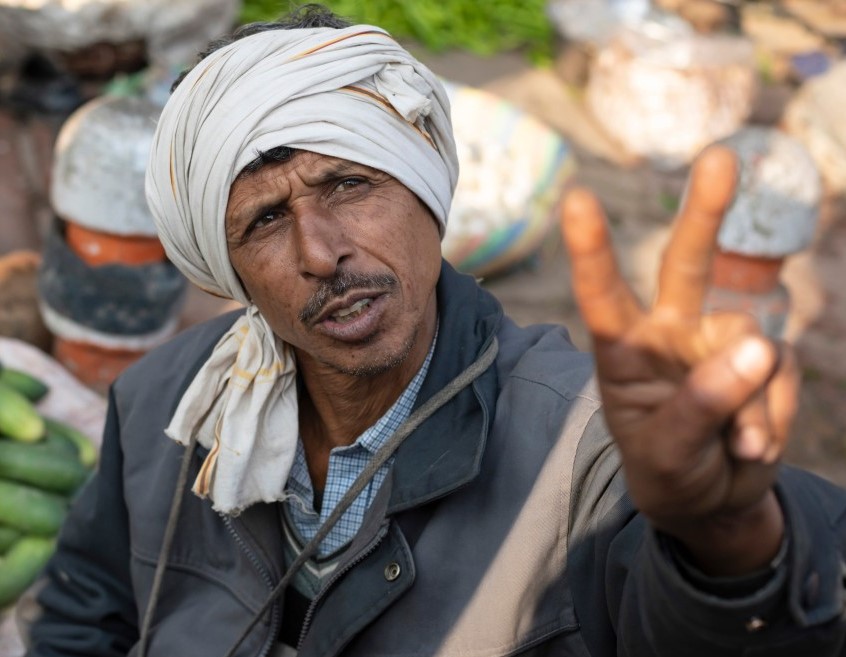 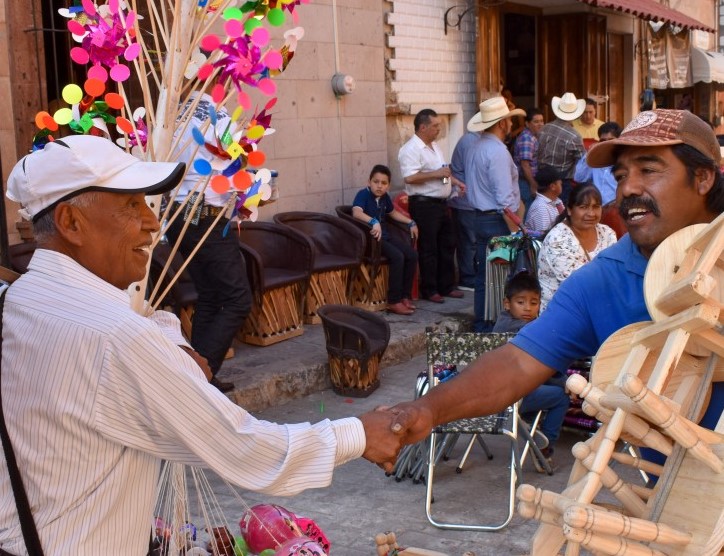 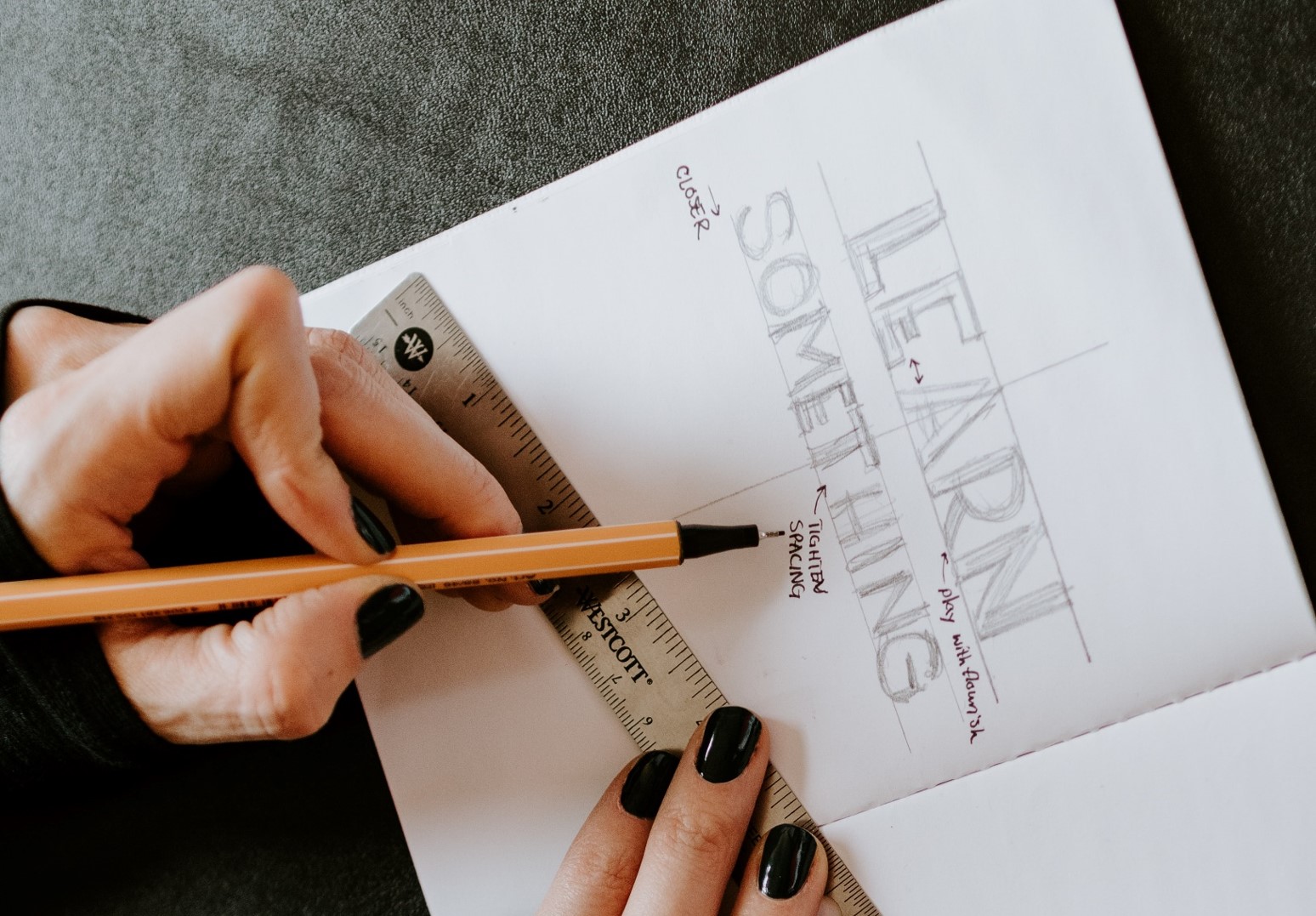 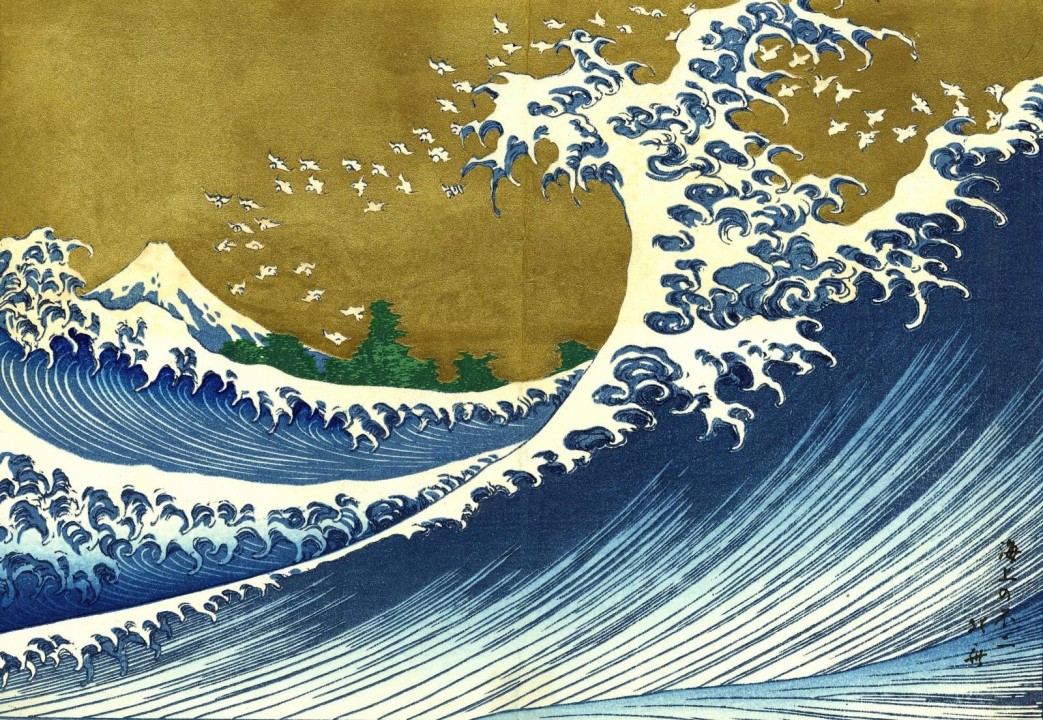 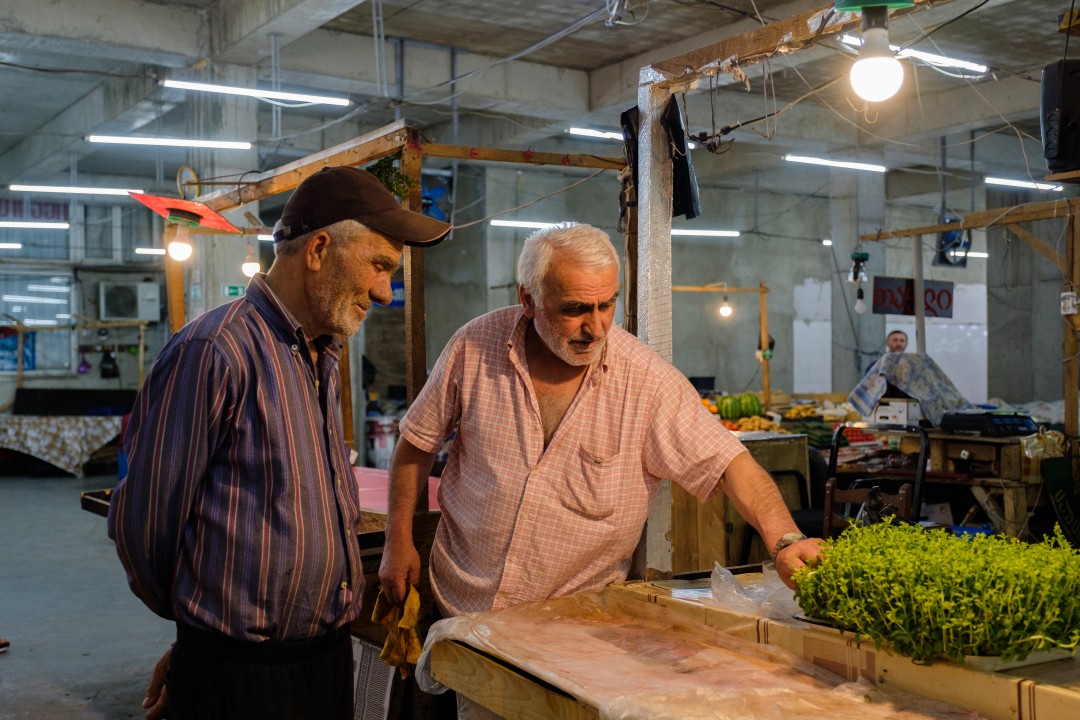 Improving Contracting
Mistake #3: Legal should stick to the legals 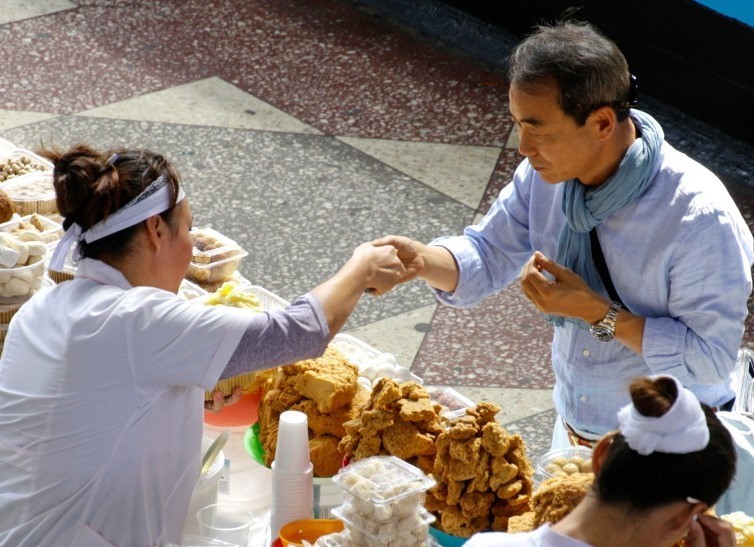 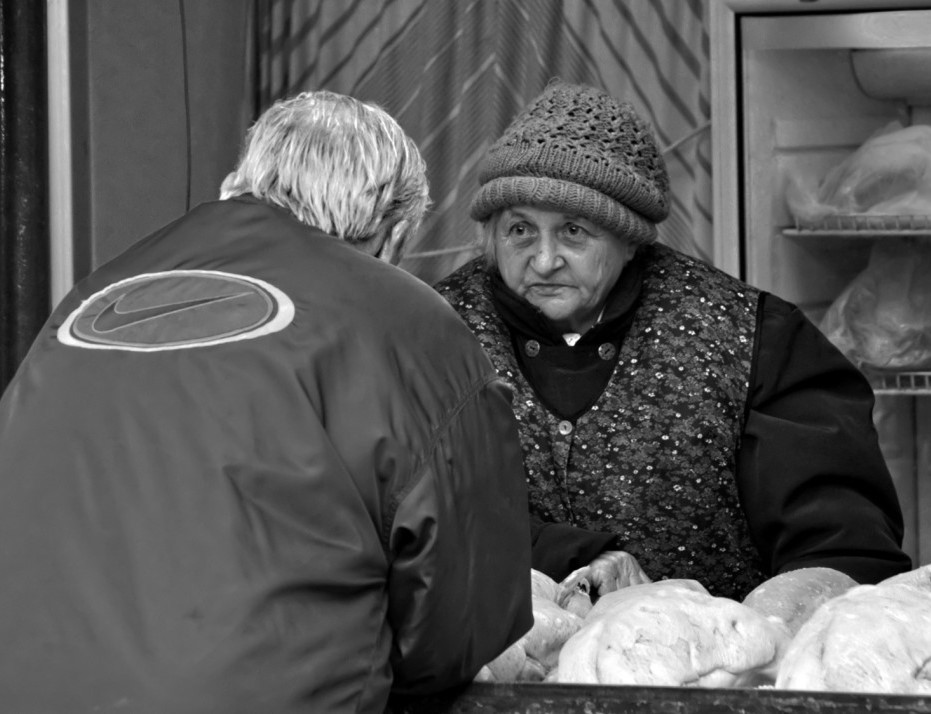 Improving Contracting
Mistake #1: no time for the “important, not urgent” 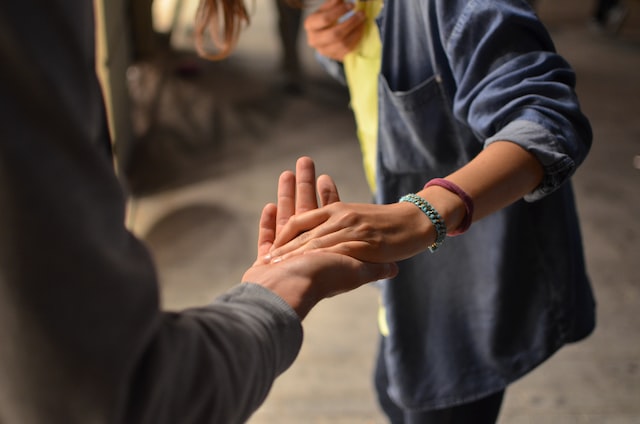 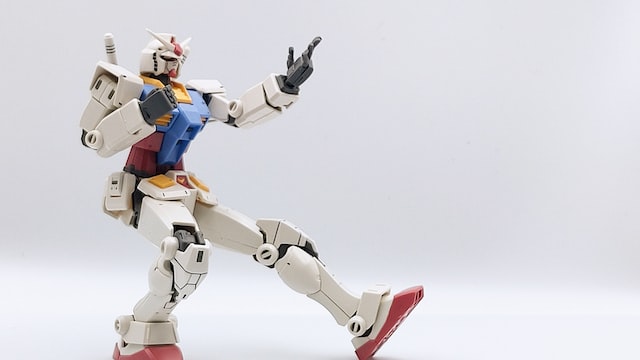 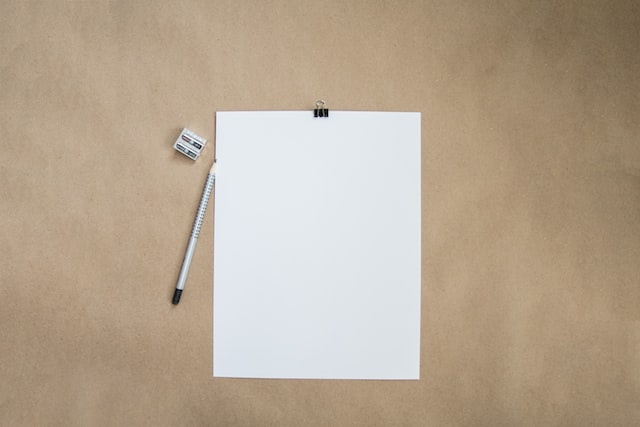 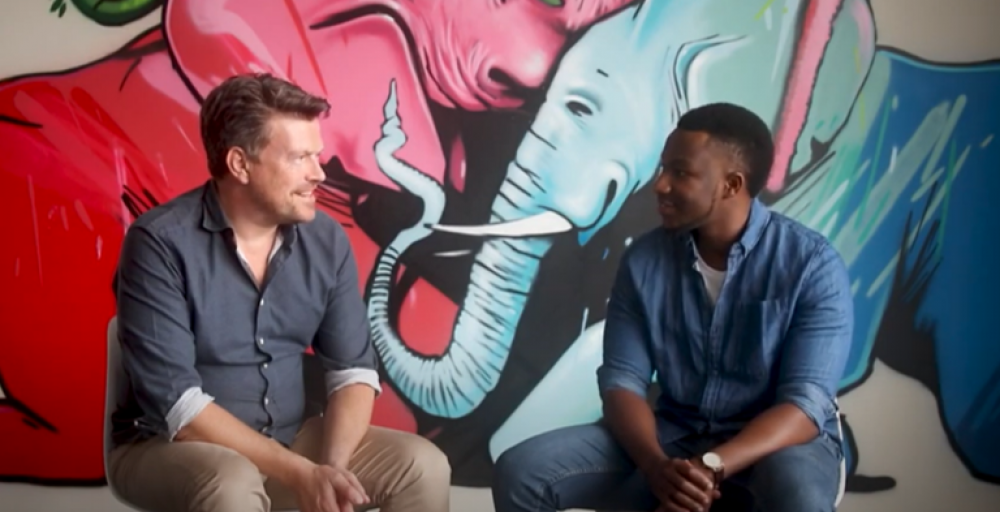 We use cookies to monitor the performance of our website and to improve user experience. By continuing to browse our site, you agree to our use of cookies.